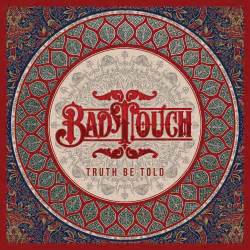 UK rockers, Bad Touch return with their highly anticipated sophomore release, 'Truth Be Told', bringing a classic rock sound that is raw edged with a musical vibe of The Black Crowes, The Rolling Stones with dashes of Skynyrd and The Allman Bros. Their music and their lyrics are honest and without pretence. The band is comprised of, Stevie Westwood on vocals, Rob Glendinning on lead guitar, Daniel ‘Seeks’ Seekings on guitar /vocals, Michael Bailey on bass and George Drewry on drums /vocals. As a unit, their chemistry is like white on rice. Lead singer Stevie Westwood encapsulates the classic rock lead singer aura to perfection, taking the image and idea back to its roots. The dual guitar interplay of Glendinning and Seekings is energizing and oozes attitude.  While the band's solid foundation is kept in check by the rhythm section of Bailey and Drewry. The album kicks off  with "One More Night" an bluesy rock song and you think you're in for another solid album. Then in comes "99 %" and you realize this album is a lot more than what you bargained for. A track along with "Made To Break"remixed for radio by the legendary Rolling Stones engineer and co-producer Chris Kimsey. To complete the knockout, the band serve up the next tracks, "Waiting For This", "Under My Skin" and "Heartbreaker Soulshaker". Other highlights include, "Outlaw",
"Healing Hand" and album closing "Mountain". Bad Touch are one of the few things still right in rock and roll, and it's never been more evident than on, 'Truth Be Told'. Very highly recommended.
- Tony @ The Dedicated Rocker Society
Posted by Dedicated Rocker Society at 10:31 AM No comments: 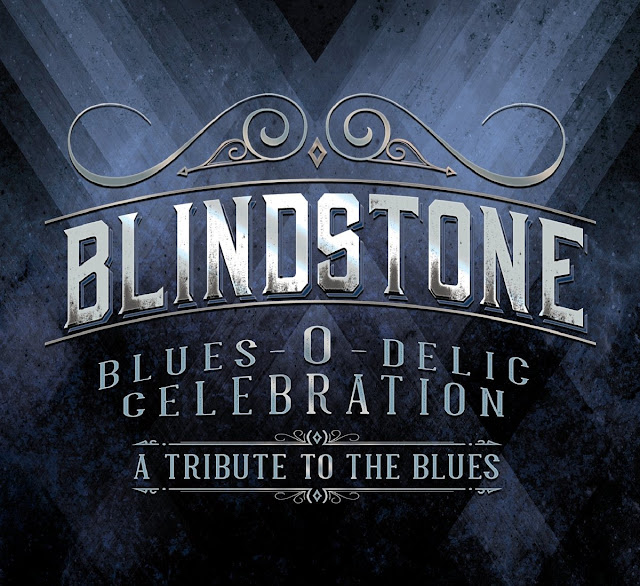 The juggernaut blues rock trio from Denmark, Blindstone are back with an intense homage to the Blues legends with, 'Blues-O-Delic Celebration'. The trio is powered by six string Jedi, Martin J. Andersen, bassist Jesper Bunk and on the skins, Sigurd Jøhnk-Jensen with guest guitarist, Magnus & Jens Andersen. As a unit, Blindstone are the epitome of what a well oiled music machine should sound like. They prove that here by serving up 13 smoking Blues classics and giving each song a shot a adrenaline that will make your blood pressure push to overload. The B.B. King penned "Rock Me Baby" opens the album in smoking hot fashion. The trio's supercharged take on this classic is simply mind blowing.  The trio keeps the adrenaline pumping as they rip into, "Blood Stream" (Rocky Hill) and a smoking take of the Freddie King penned, "Pack It Up". As I listen, I am simply blown away by Martin J. Andersen. An incredible guitar master, solid vocals makes you sit down, strap in tight and get ready for take off.  He plays a mean guitar. Not all guitarists know how to get the mean deep sound out of their six string, Andersen does it with ease. As he exhibits to perfection on smoking tracks like, "Me And My Woman" (Shuggie Otis), "Something's Got A Hold Of Me" (Gales Brothers), "Built For Comfort" (Willie Dixon) and "Finger On The Trigger" (Albert King). All in all a great selection of cover songs. For blues lovers, its a no brainer, 'Blues-O-Delic Celebration' by Blindstone is a must have.
- Tony @ The Dedicated Rocker Society
Posted by Dedicated Rocker Society at 10:19 AM No comments:

CD REVIEW: IT'S ABOUT TIME by Satin 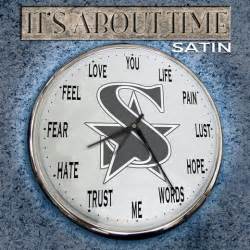 IT'S ABOUT TIME by Satin
(Tidal Discovery)

Tom Satin is back with his highly anticipated sophomore album titled, 'It's About Time', and just like his 2014 debut it is another superb example of high quality melodic rock. For those new to Tom Satin, this guy is a musical genius, this man plays, sings, produces and mixes everything. Musically, he serves up a vibe that is very reminiscent to Stan Bush or Rick Springfield. The songs are simply amazing combining elements such as memorable vocal melodies, great guitar solos, solid performances, and killer production. The whole album is strong but some highlights include the cracking opening track, "Look Up In The Sky", the hook laden choruses of gems like"Waiting For Someone", and "Use It Or Lose It", and the brilliant guitar riffs and memorable chorus of "True Love". Every single song is a gem, without a single moment of filler or a misplaced note. Well-crafted melodic rock that sticks in your head. In this era of empty headed corporate robot music for the masses, it is refreshing to hear such thoughtful and upbeat music. Satin's 2014 debut indeed established an AOR/melodic rock sound all his own. And that is exactly what 'Its About Time' verifies, that the craft of his debut did not occur by chance. If you are even remotely a fan of Melodic AOR Rock, this album is for you.
- Tony @ The Dedicated Rocker Society
Posted by Dedicated Rocker Society at 9:28 AM No comments: