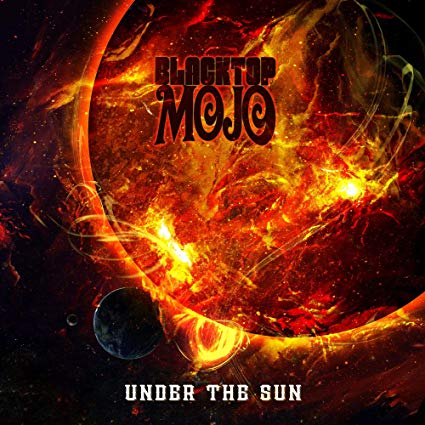 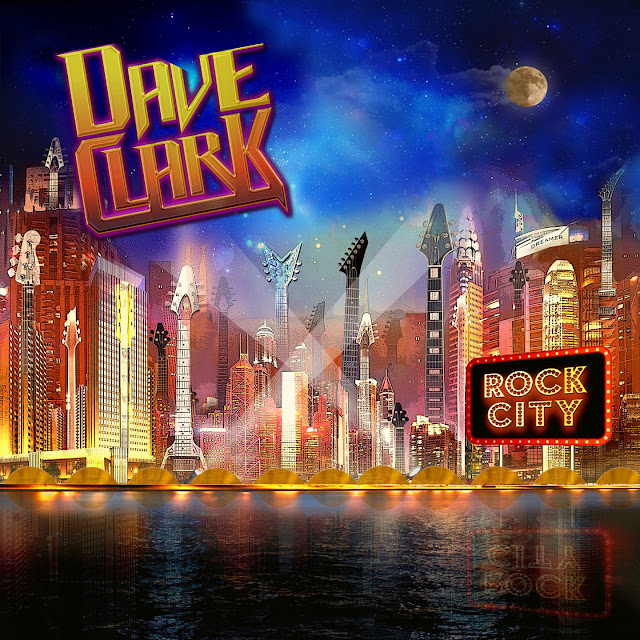 'Rock City', the melodic rock debut release by Singer/Songwriter Dave Clark delivers 11 rocking tracks that are right out the 80's arena rock playbook and given a modern day upgrade. Does Dave Clark try to reinvent the wheel here? Absolutely not. But there is something to be said for excellent production, tight performances, great songwriting and vocals. Dave Clark handles the vocals as well as the majority of rhythm, lead and bass guitars,  Kolby Peoples on guitar, Eric “Eroc” Sosinski (Wish You Were Here) on bass, J.B. Kocis, Mark Savale, John Skrada on drums and Jimmy Clark (Joan Jett, Debbie Harry) on drums, percussion. After my initial listen to the album I am really digging all the tracks especially,  "Alisa", "Light Up The Sky", "Will To Survive", "Dreamin'" and "Dream Chaser". I'm sure this album is going to get some serious replay time for me for months to come. If you like music that favors musicianship and songwriting over pretty face, no-talent singers, take a run at 'Rock City' by Dave Clark. A album that will easily slide into your electronic device of choice, and no doubt stay there for weeks. I would highly recommend this album to any fan of melodic rock...heck, I'd recommend it to anyone who appreciates superior production, songwriting and musicianship regardless of their musical taste. Tony @ The Dedicated Rocker Society
Posted by Dedicated Rocker Society at 10:17 AM No comments: 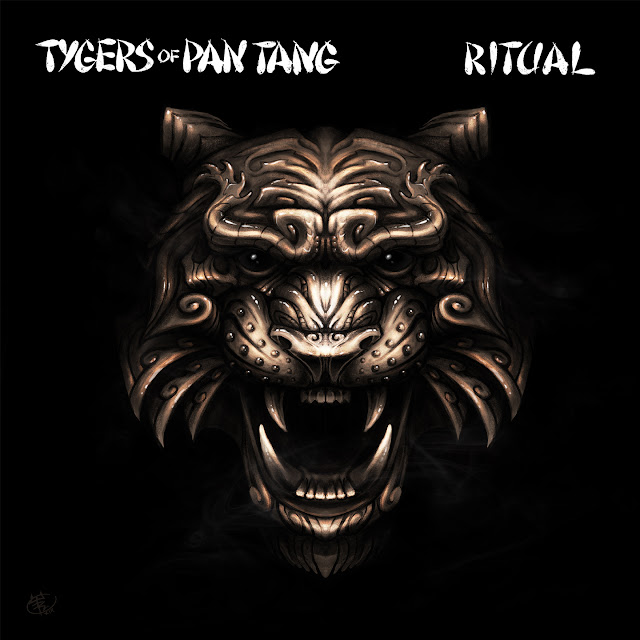 Tygers Of Pan Tang follow-up their 2016 self titled outing with, the highly anticipated new release, 'Ritual'. If you thought the band would take their foot off the pedal to the metal, you've got another thing coming. The new album is a powerhouse of a hard rocking masterpiece that delivers a sonic listening experience from beginning to end. Comprised of Jacopo Meille on vocals, Robb Weir on guitars, Michael McCrystal on guitars, Gav Gray on bass and Craig Ellis on drums and percussion. The band unleashes a barrage of hard rocking riffs every fan of Tygers Of Pan Tang, young or old will be cranking to maximum volume and getting their rocks off to proudly. From it's rock solid production and sound, to the strong songwriting and right-on-target musicianship, from every vocal note and lyric, to every riff and solo, to every drum beat, you name it, the band deliver goods ten fold. Album standouts, in my opinion, are, "Worlds Apart", "Spoils Of War" the lead off single, "White Lines", "The Art Of Noise" and "Sail On", but every single song on here shreds. Phenomenal piece of work here. Overall, 'Ritual', is a very well-conceived and well executed album that should please rock music fans worldwide. It is immediately satisfying and just gets better with repeated listens. Believe me, it will be in your player for weeks. Hands down, one my favorite Hard Rock releases for 2019. -Tony @ The Dedicated Rocker Society
Posted by Dedicated Rocker Society at 7:57 AM 1 comment:

CD REVIEW: TO LOVE, REPEAT & WONDER? by The LRW Project 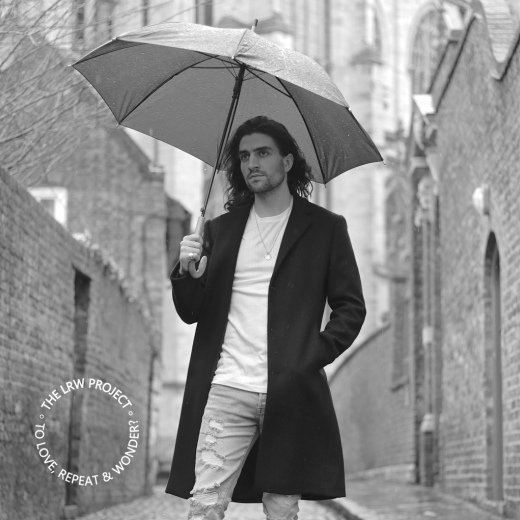 TO LOVE, REPEAT & WONDER? by The LRW Project
(LRWMUSIC)

The LRW Project, the melodic rock project put together by singer/songwriter Leon Robert Winteringham shines onto the music scene with an amazing debut in the form of, 'To Love, Repeat & Wonder?', a recording chock full of groove laden and catchy melodic rock songs guaranteed to satisfy.  Winteringham vocals remind me a bit of singers like Bryan Adams, Jude Cole or Brent Bourgeois, while bringing his own vocal flavor to the table. He also plays all the instruments on the album as well. And while this a album that can easily be enjoyed in the car while driving, it is also a album that sounds incredible through a good set of headphones where it is just you and the music in great detail with the crispness and clarity of Winteringham's voice. The songs are all so perfectly crafted. They tell stories and convey feelings we all have had but maybe could have never expressed them. Lastly they are delivered with emotion and feeling. As experienced on track like, "Day By Day", "Voices Of Reason", Hard To Find", "Dream World", "Hell & Back" and the album closing, "The Rain".
You'll probably find yourself singing along with most of the songs on the album. It's just one of those feel good albums that you really get into while it's playing and leaves a lasting impression. Most albums, even by artists I am totally into will sometimes have songs that you always skip when listening to the album, and other artists you can pretty much listen until the end. This is one of those albums, one that is full of detail and clarity. 'To Love, Repeat & Wonder?', is just a great straight-up melodic rock album. Good songwriting, good melodies and is heavy enough for fans of rock but melodic enough for fans of pop. I for one am excited to hear what The LRW Project has in-store with album number two. -Tony @ The Dedicated Rocker Society
Posted by Dedicated Rocker Society at 9:52 AM No comments: