SOMETHING UNTO NOTHING by S.U.N
This band of rock and roll gypsies hold nothing back and just one song in and I'm hooked! It's oblivious, what ever rock and roll mojo they conjured up in the wilderness of Canyon Country worked. 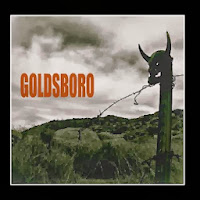 GOLDSBORO by Goldsboro
Goldsboro bring back a great classic rock sound combined with good songwriting. My advice is to get your hands on this album. Features "Great White Buffalo". I have a feeling we are going to be hearing alot more from Goldsboro. 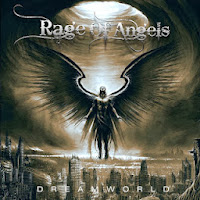 DREAMWORLD by Rage Of Angels
Rage of Angels is the brainchild of original Ten keyboard player Ged Rylands,who played on their first three studio albums and the double live CD 'Never Say Goodbye'. The adventure is just beginning for Rage Of Angels and is why 'Dreamworld' garnered rave reviews from fans of hard melodic rock world-wide. Part Ten, part Harem Scarem, part Tyketto .. all CLASS. FEEL THE RAGE! 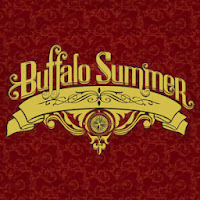 BUFFALO SUMMER by Buffalo Summer
Buffalo Summer's self-titled debut is a good reminder of what rock and roll is all about. It's loud, it's catchy and it's not forced or overshadowed by overly complex lyrics or arrangements. The straight forward, pure rock music and choruses on this release are hard not to admire, whether or not you're a fan of classic or Southern rock . Either way, after listening to this album you will become a fan of this band. 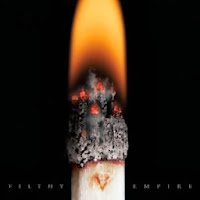 FILTHY EMPIRE by Heaven's Basement
2013 release, the debut album from the British Hard Rock band. One of the most energetic live bands in the UK, Heaven's Basement have released two EPs, toured all around the world and have had several line-up changes since forming in 2008. 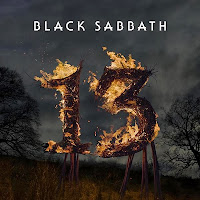 13 by Black Sabbath
That's the standard which they set. Let this album take you on a journey far away from what has happened to rock music and enjoy every last minute of it. This is a remarkable album from a remarkable band. 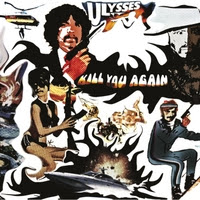 KILL YOU AGAIN by Ulysses
Britty power popsters Ulysses bring us music worth listening to. Action packed with slightly heavier than usual drums, hey check this out guitar solos and driving bass lines, all hidden behind sugary coated  lead and backing vocals. 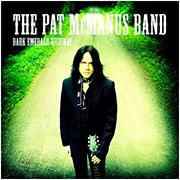 DARK EMERALD HIGHWAY
by Pat McManus
Pat's tone is amazing and wears his heritage with pride more so he puts them in overdrive and takes them to new heights. The standard of playing on this album ranks along side his very best work. 'Dark Emerald Highway' helps bolster Pat's already formidable reputation as one of the finest exponents of the electric guitar around today. If you like Pat McManus' style, you’ll love 'Dark Emerald Highway'. 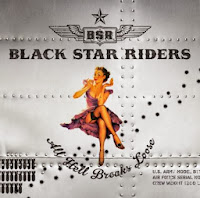 ALL HELL BREAKS LOOSE
by Black Star Riders
Start to finish, 'All Hell Breaks Loose' is an impressive debut effort from Black Star Riders.  I'm sure the Late great Phil Paris Lynott is smiling down from the heavens.  This one's a winner folks! 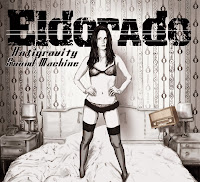 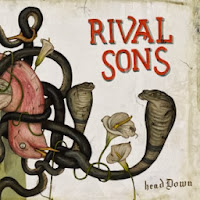 HEAD DOWN by Rival Sons
2013 release, the third album from the Southern California-based Blues rockers. Pitched somewhere between the loose revivalism of Jack White and the groove of Alabama Shakes, Rival Sons possess a chimera-like character: a Jazz-trained rhythm section that met at Isaac Hayes' house, a Garage Rock fuzzadelic guitar maestro, and a Blues rooted street singer with the powerful raw delivery of Rock and the sensitivity of a Laurel Canyon trip. 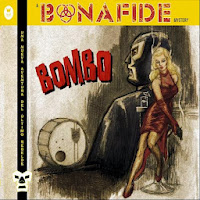 BOMBO by Bonafide
If you liked the first two Bonafide albums, you're going to love, 'Bombo'. If you're looking for anything other than balls to wall rock music that sticks close to an established band's sound, you'll want to keep going. A definite must-have for hard rock afficionados. Traditional old-school rock subject matter - women, liquor, trouble. Viva! El Bombo! 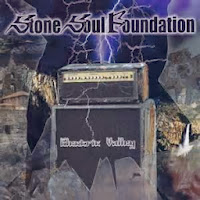 ELECTRIC VALLEY by Stone Soul Foundation
These guys play off of each other with almost a telepathic precision. The melodies, the riffs, the change-ups in timing, and instrumentation are all very tight and hopelessly catchy. Moreover, I'm impressed by how well Stone Soul Foundation have achieved a balance between a classic rock sound and improvisation, all without breaking cohesion in the slightest. Hints of Black Sabbath, Wolfmother, Clutch and Led Zeppelin  for example, only serve to make Stone Soul Foundation's musical delivery that much richer. 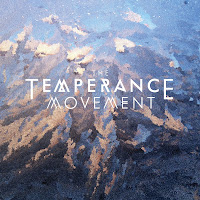 THE TEMPERANCE MOVEMENT
by The Temperance Movement
This is a band that merges two highly valuable commodities: riff driven blues based rock and seriously impressive – nay, spellbinding - musicality. Sure, it’s been a long time coming but, thank god, they’ve finally arrived. Their songs seem to occupy wildly opposite extremes; wide angle panoramic vignettes or short, sharp shocks to the system. 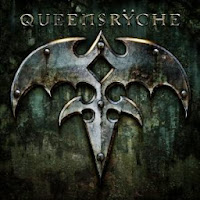 QUEENSRYCHE by Queensryche
Despite the references to their past, Queensrÿche doesn't sound nostalgic; if anything, the band sounds revitalized. They took stock, kept what worked, and disposed of the dead weight. 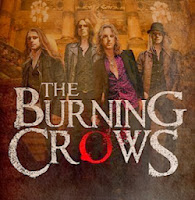 BEHIND THE VEIL by The Burning Crows
Hotly tipped, UK , bravado rockers “The Burning Crows” showcase an infectious mix of good time rock n' roll, with an attitude, style & swagger that lands Britrock firmly back in the contemporary mainstream and that has earned them the reputation of being one of the very best live bands on the scene today. So, if high energy, rock n' roll played hard and played with gusto is your thing, come join the "future of British Rock"s carnival of frivolity and indulge in the decadent feast for the senses that is “Behind The Veil”. 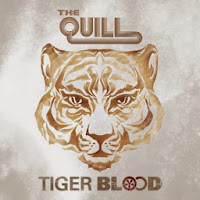 TIGER BLOOD by The Quill
The Quill clearly does not rely on gimmicks such as sleeves of skull tattoos, visually repulsive t-shirts or any other such cliche'd rock-house dreck to prove they deserve to be heard and appreciated in 2013. I believe with 'Tiger Blood, The Quill will get the recognition they truly deserve. For those of you that are new to The Quill or simply want a great rock album, give The Quill a shot. For those of who are familiar with The Quill, 'Tiger Blood' is an essential listen. 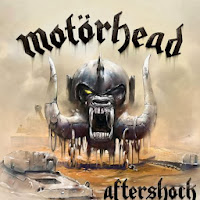 AFTERSHOCK by Motörhead
'Aftershock' is so good and so classic it will take several years for it to be fully assimilated by the old fans and new fans of Motörhead. Great music never dies or gets old. Inspired, brutal and honest, but what else would you expect from Motorhead? 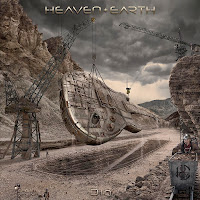 DIG by Heaven & Earth
What Heaven & Earth have done with 'Dig' is re-awaken the true spirit of the old masters. Bands like Rainbow, Whitesnake and Deep Purple made history with their classic albums. In the 21st Century there needs to be a new messenger to carry the torch and amaze a new generation of rock music fans. Messengers like Heaven & Earth, who have it all: experience, personality, and amazing musical skills undoubtedly on a world-class level. 'Dig' should be mandatory to be on the shelf of anyone that likes rock music. Yes it's that good. 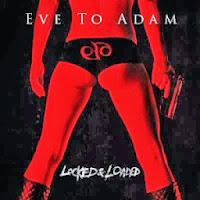 LOCKED & LOADED by Eve To Adam
This guitar-driven, anthemic rock band, that has never been dictated by fashion, style or fad of the day, has one simple goal: To re-ignite Rock. The band has taken it to an entirely new level and radio and the fans are already responding. 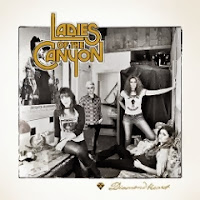 DIAMOND HEART
by Ladies Of The Canyon
The energy, emotion, passion, and musical mastery of this album is simply compelling. 'Diamond Heart' is a superbly produced album that is straight forward and filled with emotion. The Ladies Of The Canyon boast a degree of combined talents that most rock groups could only dream of. 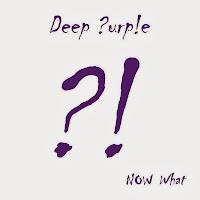 NOW WHAT?! by Deep Purple
The soul of Jon Lord is definitely heard on this album. The band's professionalism as seasoned musicians and the looseness of just being rockers are all apparent here, and work in harmony. The energy is Deep, as Deep Purple is,…and the soul is flowing with the winds of the past, present and future. 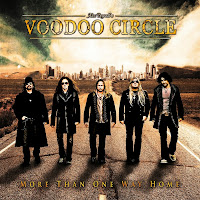 MORE THAN ONE WAY HOME
by Voodoo Circle
This album is guaranteed to satisfy. What it all boils down to is that 'More Than One Way Home ' is a monster of recording. Voodoo Circle are clearly a band having fun showing off the musical influences of their youth and should be commended for doing one hell of a job! 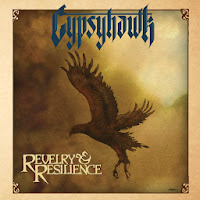 REVELRY &RESILIENCE by Gypsy Hawk
Following up their debut "Patience and Perseverance" , Gypsy Hawk have unleashed a monster of sophomore album, 'Revelry & Resilience'. Thick and catchy guitar riffs are abundant throughout this bad boy. Revisiting the electrifying sounds of classic '70s rock with that Thin Lizzy flavor, the band are a breath of fresh air compared to the onslaught of breakdown obsessed bands cluttering up heavy music. Flexing their goods in whiskey and weed, they dish out blistering riffs with irresistible hooks & grooves. 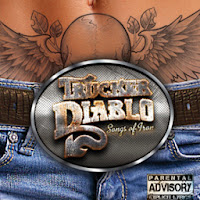 SONGS OF IRON by Trucker Diablo
Heavy melodies firmly planted on a foundation of steamroller rock n' roll aggression is the fuel behind the latest offering from Northern Ireland export, TRUCKER DIABLO. Songs of Iron picks up where the breakthrough hit album, The Devil Rhythm left off, blasting listeners with the sonic fury of modern heavy rock mixed with a road worn southern swagger. 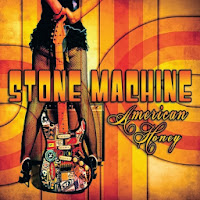 AMERICAN HONEY by Stone Machine
Coming at you like a rockin' British blues super-group, Stone Machine walk right up, open the front door, and have undivided attention for the next hour, laying out one blistering track after another . 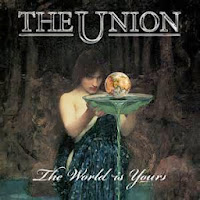 THE WORLD IS YOURS by The Union
From start to finish, The Union with this release have proven not once, not twice, but three times that they are a force to be reckoned with, a huge plus for the rock music genre. If you like 70's classic rock music with a modern touch, well written songs filled with heartfelt passion lyrics you will want to check out The Union. 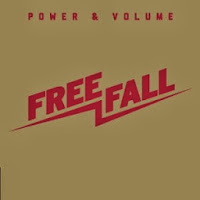 POWER & VOLUME by Freefall
Swedish rockers Free Fall blast upon the scene with their powerful debut release, 'Power & Volume'. The band is powered by Kim Fransson on vocals, guitarist Mattias Barjed (Soundtrack Of Our Lives), Jan Martens on bass and drummer Ludwig Dahlberg (The International Noise Conspiracy). They described their sound as, "Freedom Rock". If serving up balls to wall hard rock that is packed with so much energy it would light up a city block? Then yes, I would agree. If playing hard rock that is raw and hits you in the gut so hard, it knock the bejesus out of you? Then, I would agree with the band 100%! 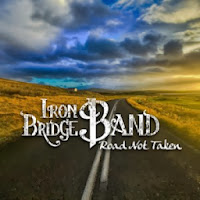 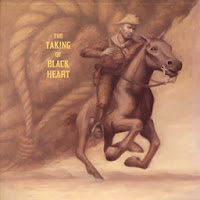 TAKING OF BLACKHEART
by Five Horse Johnson
Five Horse Johnson are a very enjoyable and hugely underrated band, who make a consistent stream of high quality music. Any of their albums would make a fine addition to your collection, and 'Taking Of Blackheart' is no exception.