CD REVIEW: CHANGE YOUR POSITION by Tax The Heat 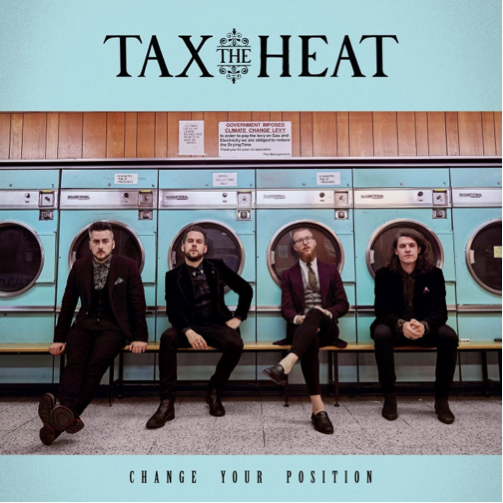 CHANGE YOUR POSITION by Tax The Heat
(Nuclear Blast Records)

U.K. rockers, Tax The Heat won me over big time with their debut outing, 'Fed To The Lions' which was full of energized rock and roll swagger echoing the likes of, The Kinks, The Beatles, the Stones, the Yardbirds, The Who. On their highly anticipated sophomore release, 'Change Your Position', the band show a maturity taking their sound to a whole new level. Embodying everything that rock'n'roll stands for: loud guitars, thumping bass lines, kicking drums, and swagger! The band is comprised of Alex Veale (vocals, guitar), Antonio Angotti (bass, backing vocals),  JP Jacyshyn (guitar, backing vocals) and Jack Taylor (drums, backing vocals, ), while their musical influences are rooted in classic rock, these guys are just modern enough to make their sound something other than full on retro rock. Aggressively raw, yet finely honed, the listening experience, at least for me, just got better with each listen. Flaunting their influences while turning out fresh songs to delight the tired ear. The quality of the songs and the song writing once again on point. You can play it straight from beginning to end without wanting to skip anything. Highlights include, "Money In The Bank", the title track, "All That Medicine", "The Last Time", "Taking The Hit" and the album closing, "The Symphony Has Begun". Overall, 'Change Your Position', is a strong album from a band that is absolutely worth paying attention to and one that is not to be missed. Highly recommended to all rock music fans out there. If you aren’t, it’s time to get educated.- Tony @ The Dedicated Rocker Society
Posted by Dedicated Rocker Society at 11:20 PM No comments: 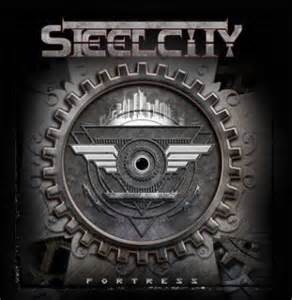 'Fortress', the adrenaline pumping debut release from Steel City, will have your undivided attention once you press play. The band is a band made up of two of the newest upcoming stars in the melodic rock scene. Mike Floros (Guitarist) and Bryan Cole (Vocals) along with Scott Watson (bass, backing vocals) and Ron McCloskey (drums, backing vocals). Their debut outing is the complete package from vocals to musicianship, every song has enough hooks and punch to satisfy every melodic rock sweet tooth on the planet. Everything blends nicely and I've enjoyed listening to the entire album several times over. Highlights include the awesome chorus hook of the energetic opener "Do You Love Me", the massive power of "Heart And Soul", the groove laden "Picture Of Beauty", the intense rock groove of numbers like, "Too Little To Late" and "Rock In The USA". As well as a killer take on The Vinnie Vincent Invasion classic, "Back On The Streets". Their are NO fillers on this record, top notch players and vocalist, rock solid production. Strong lyrics, not all about sex,drugs, rock & roll lifestyle. Don't get me wrong, I don't mind lyrics like that. But Steel City gives the listener a whole other spectrum in their lyric writing. I would highly recommend this album to any fan of melodic hard rock fan. Heck, I'd recommend it to anyone who appreciates superior production, songwriting and musicianship regardless of their musical taste.- Tony @ The Dedicated Rocker Society
Posted by Dedicated Rocker Society at 10:35 AM No comments:

CD REVIEW: GET RIGHT WITH YOUR MAKER by Palace Of The King 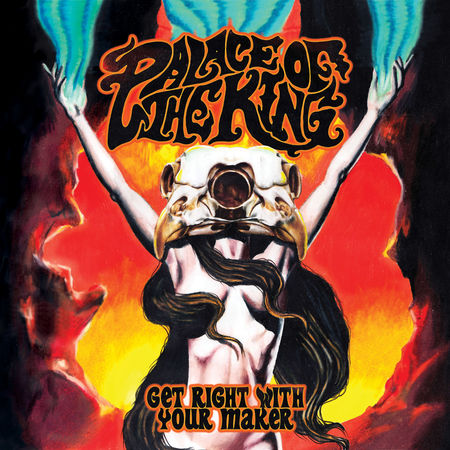 They have done it again. Powerhouse rockers from down under, Palace Of The King are back with their third studio release, 'Get Right With Your Maker'. It was recorded in multiple sessions around touring commitments. The band is comprised of, Tim Henwood on vocals and guitar, Sean Johnston on keys and guitar, Travis Dragani on drums and
Anthony Licciardi Garcia and bass. The new album is filled with roots-based rock music that has a strong connection to early, soulful blues played with a naturally primal energy and a raw rock feel. All ten tracks are stunners. Highlighted by smoking numbers like the lead off single, "I Am The Storm", "It's Been A Long Time Coming", "A Dog With A Bone" and the attitude induced swagger of "Fly Like An Evil". The overall vibe feels pure, unadulterated, with a very clean, hard-edged live-in-the-studio aura.  This is ass-kickin’, gutsy, rock music for rockers who miss rocking out to pure rock ecstasy. 'Get Right With Your Maker' is an album that should appeal to any rock listener who understands the difference between copying a style and reverently interpreting the reason you play music. This is what rock music is supposed to sound like.- Tony @ The Dedicated Rocker Society
Posted by Dedicated Rocker Society at 7:02 PM 1 comment: 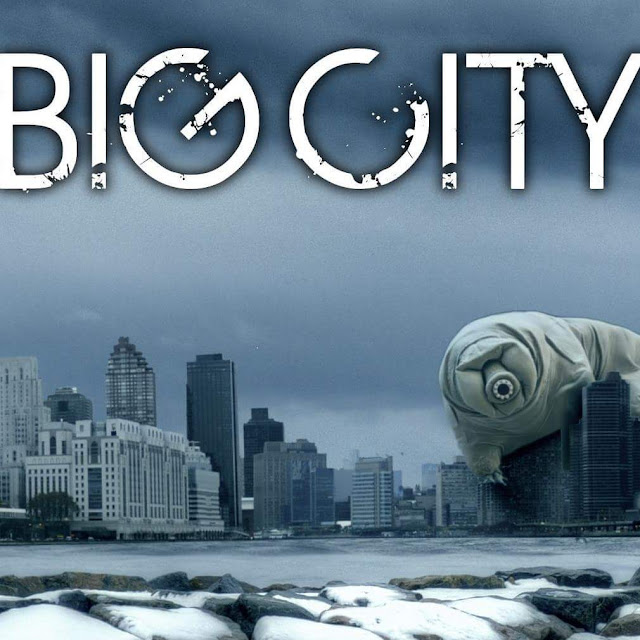 The debut release, 'Wintersleep', from Norwegian melodic heavy rock band, Big City is one of the most addicting albums I've heard in quite some time. The band is comprised of, Jan Le Brandt - Vocals (Memoria Avenue, Northquake), Daniel Olaisen - Guitars(Scariot, Blood Red Throne, ex-Satyricon), Frank Ørland - Guitars (ex-Scariot), Miguel Pereira - Bass (Withem) and Frank Nordeng Røe - Drums (Withem, Maraton). The production is solid and the musical performances are intense. This really is a very high energy rock album that will stimulate your senses. Every detail of the music is simply amazing! Highlights include the awesome chorus hook of the energetic opener "Midnight Train", the massive power of "Innocence Of A Kill", the quality chorus hit of "Fire And Stone", the rock groove of "The Last Step" and the addictive vocal melodies of "Iseline" and the album closer, "Will You Be Gone". Despite the fact that this album doesn't bring anything new to melodic rock genre, it is still a high quality album that is essential for fans of the genre. Overall, If you're into melodic hard rock with progress overtones this is the perfect album to experience.- Tony @ The Dedicated Rocker Society
Posted by Dedicated Rocker Society at 10:08 AM No comments: 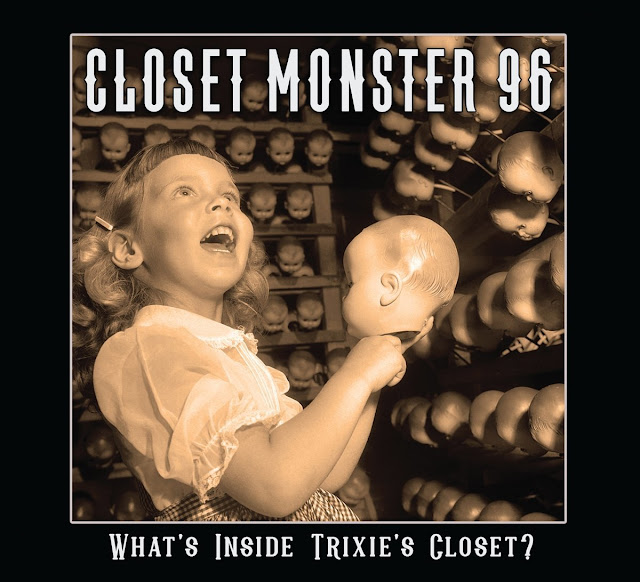 Powerful studio recording, 'What's In Trixie's Closet?', from South Dakota based rockers, Closet Monster 96 is what I would describe as a record that falls along the lines of a metallic-influenced hard rock album with an alternative hard rock vibe and I love it! Comprised of Jon Koopman lead vocals, keyboards, Mike Dresch guitars, backing vocals, Mike Pennock guitars, Brian Masek bass, guitars, keyboards, backing vocals and Jeff Koller drums, backing vocals. The band fires on all cylinders throughout this eleven song, juggernaut listening experience. Jon Koopman leads the charge with vocals that are truly top-notch, as he delivers a truly empowering and inspiring performance that engraves itself onto the listener's frontal lobe after only one listen. And he is backed up by more than ample musical propulsion, from the dual guitar work of Mike Dresch and Mike Pennock to Brian Masek's steady bass work, and Jeff Koller's organic-sounding drum fills. The end result is a heavy, meaty hard rock effort. The whole album from start to finish is excellent, it's so diverse, some tracks such as the opener, "The Way It Has To Be", "Running Blind", "Lost" and "Time Will Tell It's Tale" are hard hitting rockers, where as tracks such as "No Time" and "Box Of Clues" are a bit laid back but still have enough swagger to stop you dead in your tracks. All in all 'What's In Trixie's Closet?' is a strong album that is packed with riffs that get stuck in your head.  If you're interested in a heavy, album with great musicianship, odd time signatures, swagger filled vocals and great hooks, 'What's In Trixie's Closet?' is something you're gonna treasure and want to experience. Closet Monster 96 is the real deal and total package..- Tony @ The Dedicated Rocker Society
Posted by Dedicated Rocker Society at 1:54 PM No comments: