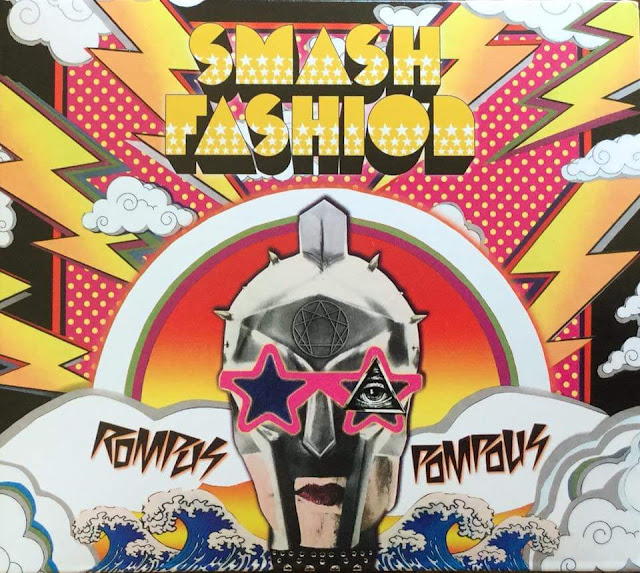 L.A. based rockers Smash Fashion are back with their latest release, 'Rompus Pompous'. A another example of this band's prowess in true rock and roll. Comprised of, Roger Deering on vocals & guitar,  Lloyd Stuart Casson on lead guitar, Scarlet Rowe on electric bass and Reijo "Repo" Kauppila on drums. Smash Fashion are so entrenched in solid rock and roll they are never persuaded away from outstanding musicianship, great lyrics, endless energy and arresting vocals. This is a band showing the younger generation how to rock!! Paying homage to the great bands of the late 70s and early 80s. A mix of glam, power pop, punk and classic rock. 'Rompus Pompous' is a extremely well crafted, crunchy and hooky rock and roll album performed with a basic rock sensibility. The approach throughout is basic rock and roll, yet so few bands can execute this simple genre with honesty. In fact no track on the entire album tries to venture into new sonic ground or get experimental. Highlighted by the rocking "Can't Take You Anywhere", "Wolves Of Wonderland", "Teenage Demon", the glam induced power trip of, "Proper Way To Eat A Muffin", the lead off single, "Runs In The Family", "Gentle Hand" and "'Smiles And Daggers". This new album sounds tougher than the band's previous outing 'Big Cat Love", it's swings a big punch and when it hits you, you'll know about it. The louder you play this back the better - trust me, the neighbours won't complain either. - Tony @ The Dedicated Rocker Society
Posted by Dedicated Rocker Society at 10:14 AM No comments: 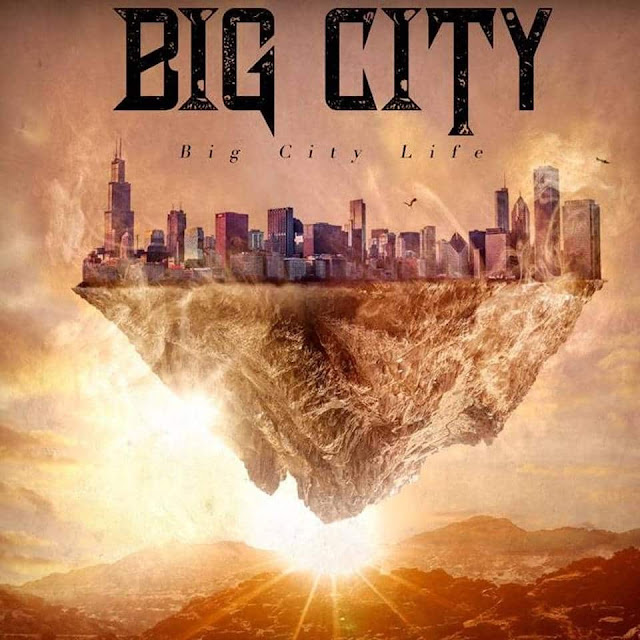 The highly anticipated sophomore release, 'Big City Life' from the Norwegian based melodic prog rockers Big City is proof positive that the dreaded "Sophomore Slump", does not effect every band. Picking up where the left off with their powerful debut, 'Wintersleep' (which is added as a bonus disc with this release), the maturity of the band is simply tremendous. Comprised of, Jan Le Brandt on vocals, guitarist, Daniel Olaisen, Frank Ørland, on guitar, Miguel Pereira on bass and Frank Nordeng Røe on drums. The band have created a high precision progressive rock album that is both exhilarating and intense. The musical chemistry is tight as a glove and the vocals are on point. There are no songs worth mentioning that are to be avoided. This is a recording where every song is exceptional. Highlighted by the likes of the adrenaline pumping opening , "Big City Life" that opens the album. "Daemon In The Dark", "From This Day", "Running For Your Life", the haunting, "Forgive Me Now" and "Tower Of Babylon". The lyrics are brilliantly imaginative and each song's melodic construction masterful. Jan Le Brandt's powerful vocals will amaze you with his tremendous vocal range, as well as the amazing riffs and solos of the six string duo of Daniel Olaisen, Frank Ørland. The rhythm section of Miguel Pereira and Frank Nordeng Røe cannot be denied either. The bottom line here is, if you like well written rock music performed with precision and with a dynamic range, Big City is for you. This is a band hitting their stride and is definitely on the way up! - Tony @ The Dedicated Rocker Society
Posted by Dedicated Rocker Society at 2:26 PM No comments:

CD REVIEW: THE AWAKENING by The Slyde 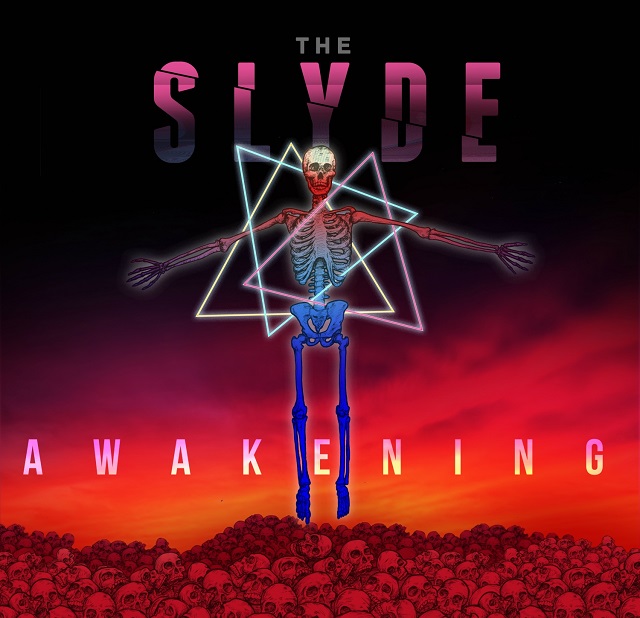 THE AWAKENING by The Slyde
(Independent Release)

Canada's Progressive rockers, The Slyde break onto the music scene with their powerful debut release, ' The Awakening', a album steeped with thought provoking and mind blowing, high-octane progressive rock ecstasy.  Bringing to mind such acts like, Rush, Dream Theater, Coheed and Cambria, and Protest The Hero. Driven by Nathan Da Silva’s mesmerizing and Geddy Lee vibe vocals, Sarah Westbrook's powering keyboard skills, and the powerful rhythm section of Alberto Campuzano and Brendan Soares. The Slyde have their sights on turning on any technically minded melodic prog rock fan. All ten songs offered are great, but among them my favorites are, "Walk With Me", In Silence', the powerful title track, "Fading", "Divide" and the album closing. "Back Again". Their sound is incredibly complex and the musicianship is on such a high level; it's not for everyone but I'm a sucker for it. Listening to this recording through quality hi-fi speakers just makes you appreciate the layers of musical depth the group has. The instrumentation is divine. Nathan Da Silva’s vocals are so different you can't help but be intrigued. The Slyde keep their musical progressions interesting at every turn. Rarely will a chord progression repeat itself without some new melody coming in to add something to it. The bottom line here is, its all about the rock, and this debut outing is truly one interesting and engaging rock experiences. Everything about this album is so good, I can't find anyway to break it down any farther than that. - Tony @ The Dedicated Rocker Society
Posted by Dedicated Rocker Society at 9:47 AM No comments: