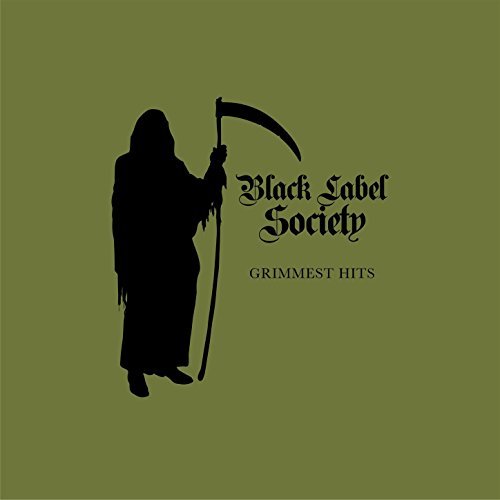 Black Label Society are back with their tenth studio release, 'Grimmest Hits'. While the title might insinuate that it's a greatest hits package, it's not, the material is new and like they have with their previous outings BLS unleash what they do oh so well. Intense in your face guitar riffs that beg to be cranked to maximum volume!  For me, it's the BLS's strongest release to date. It has that vibe of 'Sonic Brew' and 'The Blessed Hellride' combined with the laid back swagger of 'Book Of Shadows' and 'Hangover Music'. Album highlights include, “Trampled Down Below”, "Seasons Of Falter", "All That Once Shined", "Room Of Nightmares", "The Day That Heaven Had Gone Away" and "Illusions Of Peace", but all twelve tracks deliver the goods. 'Grimmest Hits' shows BLS expanding and exploring their roots while still remaining true to their fans. Zakk Wylde's songwriting skills keep getting better with each album. The bottom line here is, this is a recording of powerful music and wide range selection. Zakk and the rest of the Doom Crew have cranked out another masterpiece. Its not more of the same, its more of what we need. Rock on! Black Label Society.- Tony @ The Dedicated Rocker Society
Posted by Dedicated Rocker Society at 8:02 PM No comments: 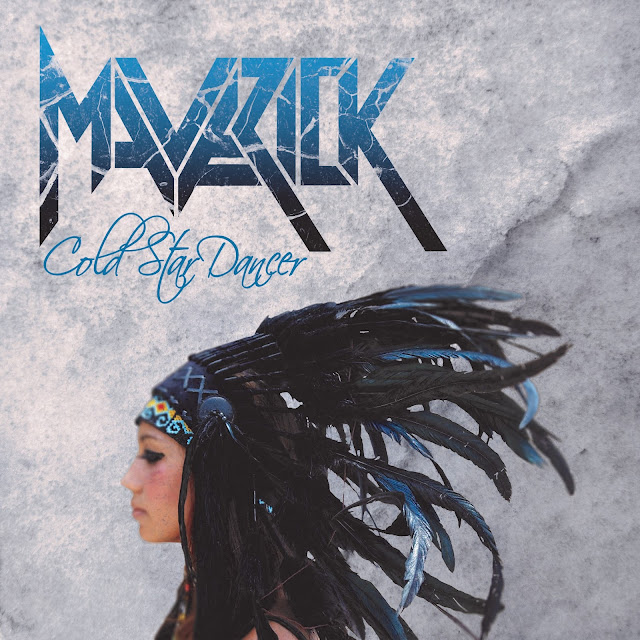 Belfast rockers Maverick continue their amazing momentum with the follow-up to their 2016 smashing release, 'Big Red', with, 'Cold Star Dancer' which is simply loaded with memorable adrenaline pumping guitar driven anthems. Comprised of, David Balfour on vocals, Ryan Balfour on guitar, Richie Diver - bass and  Jonathan Millar on drums. The album was produced by Neal Calderwood in the Manor Park Studios in Belfast. The new album sounds huge and is mixed clearly with great performances from all band members which is all then taken to a whole new level with awesome hook filled vocals and packed with of killer guitar solos. The entire album is pretty stunning but some highlights include the cracking opener, "Dusk/Cold Star Dancer", followed up by the riff intense movers,  "Myrmidon" and "Kiss Of Fire". The rest of album is highlighted by other rocking tracks like, "Goodbye", "Ex Machina" and "Seize The Day". David Balfour's vocals cut through nicely and Ryan Balfour's guitar playing energizes every track giving them extra attitude and swagger. While the rhythm section of Diver and Millar keep the whole unit grounded.I was curious to hear how the band would top, 2016's 'Big Red' and after listening to this new album,  I have to say, Maverick have exceeded my expectations. They have done it yet again and produced another amazing hard rock album with so much energy that it makes you feel like you're listening to one of the best live shows you've ever experienced. 'Cold Star Dancer' is a likely contender to be one of the best hard rock albums released this year and solidifies Maverick as one of the finest hard rock bands to come onto the scene.
- Tony @ The Dedicated Rocker Society
Posted by Dedicated Rocker Society at 10:02 AM No comments: 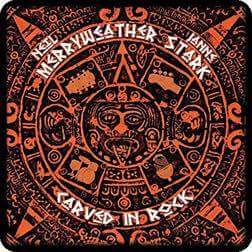 Rock rock singer, bass player, Neil Merryweather (Space Rangers / Steve Miller / Lita Ford) and the multi talented guitarist Janne Stark (Mountain Of Power / Locomotive Breath / Overdrive / Constancia / Grand Design) come out swinging for the fences with their intense debut release, 'Carved In Rock', an album that will sends chills down your spine, I know it did mine as soon as I pressed play. This is the kind of album that can only be enjoyed one way, at MAXIMUM VOLUME! The intent is obvious from the start with the gut busting, "Irma la Douce",  opening the album leading into an intense voyage of riff city mayhem. As your listening experience intensifies with tracks like, "It Ain't Pretty", "We Gotta Own This Thing", "Give 'Em Hell", Boy", "Lay Your Body Down" and "Freedom to Love". One thing is certain if you want straight ahead in your face blues based rock that pulls no punches and will make you forget about anything that's ailing you; this album is just what the doctor ordered. Overall, the chemistry between Merryweather and Stark are like hand in glove. The musical interplay between the two is what one would expect from these two talented and veteran musicians. After listening to 'Carved In Rock' your ears will be ringing for days! Be prepared to be slayed!!
- Tony @ The Dedicated Rocker Society
Posted by Dedicated Rocker Society at 1:52 PM No comments:

CD REVIEW: EYES OF THE SUN by OTIS 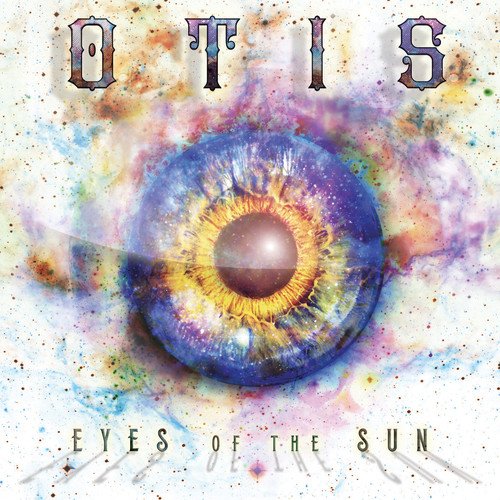 EYES OF THE SUN by OTIS
(Purple Pyramid Records)

Kentucky based rockers Otis return with their sophomore effort, 'Eyes Of The Sun',  produced by Grammy winning Blues/Rock guitar great Paul Nelson (Johnny Winter, PNB).Serving up a serious dose southern flavored blues rock. Reminiscent of lots of southern/blue-based rock of the early seventies, with a lot of contemporary influences.
Otis is powered by Boone Froggett (vocals/guitar), Steve Jewell (guitar), John Seeley (bass) and Andrew Gilpin (drums). This album, is 100% solid. There isn't a track I don't like. The soul is so thick you can walk on it, the blues are so blue you could paint a park bench with them, the drive so heavy you could pound nails into the wall and still these guys have energy to spare. Album highlights include, the Allman Bros flavored swagger of, "Change", that opens the album.  The adrenaline driven, "Blind Hawg", "Home", "Shake You" and "Washed My Hands" with its ZZ Top vibe. 'Eye Of The Sun' all in all is a rock solid recording. Great music. solid vocals and great guitars. The songwriting is great and it definitely will set your foot tapping and blood pressure pumping for sure.  I don't know what more you could ask for...- Tony @ The Dedicated Rocker Society
Posted by Dedicated Rocker Society at 9:23 AM 1 comment: