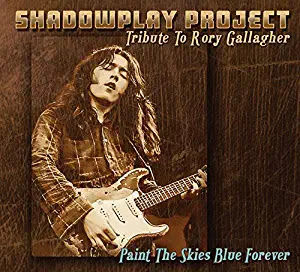 Rory Gallagher was a wonderful artist that was taken from us much too soon. When He passed, we lost one of the greatest blues guitar players the world may ever experience. This tribute, 'Paint The Skies Blue Forever' by the Shadowplay Project, keeps the music and spirit of Rory Gallagher alive for those of us that are true fans. The mastermind behind the Shadowplay Project features the multi-talented Stavros Papadopoulos on guitar and vocals , who also co-produced with Joe Romagnola. The other fine musicians that make up The Shadowplay Project are Panagiotis Zabourlis on slide guitar and acoustic, Sakis Dovolis on guitar, John Christopoulos on bass and Chris Lagios and Nick Kalivas on drums. If you're a Rory Gallagher fan you are without a doubt will be blown away with what the Shadowplay Project serve up, however don't think this is a imitation of Rory's music. The Shadowplay Project put their own flavor on Rory's music and making the songs their own while doing Rory's music proud. The guitar interplay between Stavros Papadopoulos and Sakis Dovolis is a match made in heaven. Both do an amazing job. The guitar playing is powerful never putting in and extra note, but capable of vast expression all the same, as can be heard on smoking renditions of, "Moonchild", "Do You Read Me", a personal favorite Gallagher song, "Bad Penny", "I Fall Apart" and a killer take on, "Messin' With The Kid". The only bad thing about it is that once you hear it straight through once or twice you'll want to hear more wish it were a lot longer. Rory Gallagher made an outstanding contribution to blues and guitar and he will be sorely missed. In my opinion, this is one of the best tributes I have heard in quite awhile. You can feel the power and emotion pouring through every song. If you can listen to this without getting getting goosebumps, you might want to get yourself checked out. 'Paint The Skies Blue Forever' is a fitting tribute honoring Rory Gallagher as well a great introduction for someone interested in blues music, but unfamiliar with His work. Hands down, this is a must for any Rory Gallagher fan, or any blues fan. Big Kudos to Stavros Papadopoulos and the rest of the Shadowplay Project for truly an amazing job! -Tony @ The Dedicated Rocker Society
Posted by Dedicated Rocker Society at 8:54 AM 1 comment: 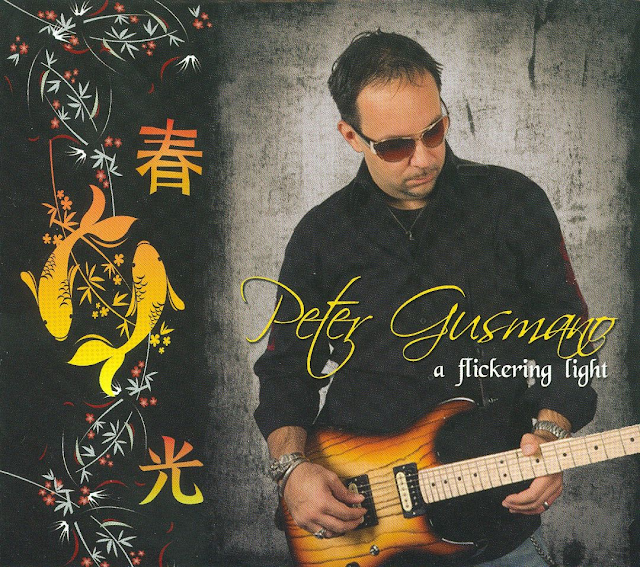 'A Flickering Light' by Peter Gusmano is a very eclectic mix of guitar instrumentals that range from groove laden to the laid back. Combining wonderfully crafted and beautiful arrangements and amazing fretboard wizardry making for a memorable listening experience. Gusmano takes you on a journey with his guitar. It's not too heavy and not too melodic, just a perfect change of pace they works perfectly. Highlights include, "Sight Into Soul", "Through A Window", "Salvation", "Toxic Anger" and "Pain Of Wisdom". This deluxe edition features the new singles "Terrestrial Chatter" featuring Bruce Bouillet (Racer X, The Scream) and Brian Tichy (Dead Daisies/Whitesnake) on drums. "Halo", featuring the soulful Lisa Margaroli on vocals, "Fact & Fiction" and "Bonds: Unbroken" featuring Ty Tabor (King's X). Playing bass on all tracks is Ethan Meixsell, long time music partner whom has performed on all of Gusmano’s material. The music presented here is a work of nouveaux art, a collage of textures, emotions, and styles showcasing Gusmano's amazing musical talent. Bottom line here is, if you're a fan of excellent musical compositions brought to the limits of its power to express feeling, then you have to experience what Peter Gusmano's musical vision brings to the table, you won't regret it.  100% of all sales both digitally on iTunes and from www.guitarforacure.com are donated to Projectals.org for ALS research.   -Tony @ The Dedicated Rocker Society
Posted by Dedicated Rocker Society at 8:58 PM 1 comment: 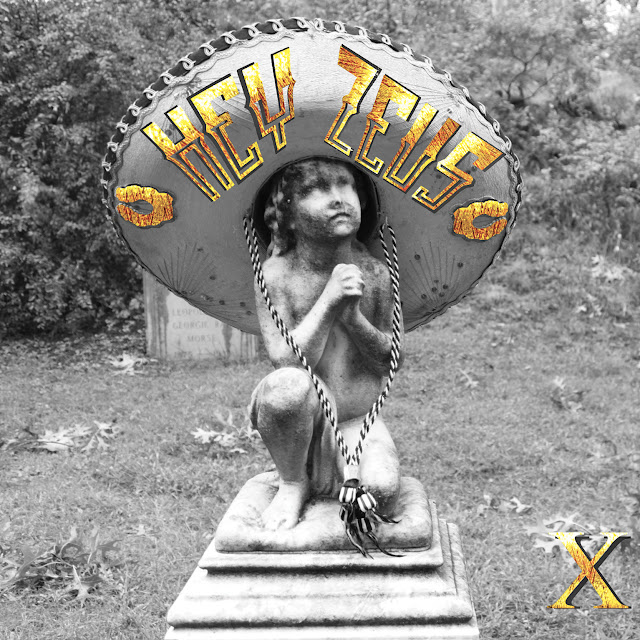 As far as contributing to Rock music history the great city of Boston has produced such legends as Aerosmith, Boston, The Cars and the Pixies to name a few. Continuing that great tradition and creating their own chapter, I introduce you to the four piece juggernaut known as Hey Zeus. Bice on vocals, "Sweet" Pete Knipfing on guitars and vocals, Ken Cmar on bass and backing vocals, Todd Bowman on drums. The band's debut release, 'X', is pure high energy adrenaline that goes for the throat once you press play. This is an absolutely powerhouse of an album that is original and has a authentic sound that will have me keeping this disc in my player for several weeks and for about fifty spins or more before I pull it out. Hey Zeus serve up a vibe that is so authentically vintage that I literally went over the packing with a magnifying glass expecting to see a copyright date of 1971 somewhere. The songs rock and are in your face. Huge riffs, heavy bass, loud drums, killer vocals and just great songs. Personal favorites are, "These Eyes", "Richard The Elder", "Save Yourself", "Caveman" and "Queens". This is as good a album as any that you will find these days. All we need now is for Rock Radio to play new bands like Hey Zeus, giving them a chance to find the audience that doesn't even have a clue great new music like this is still being made. Until then, maybe you're one of them, and somehow you ended up here. If that's you, check them out, buy their album, then tell your friends. Support bands like Hey Zeus so they have a reason to continue to exist and keep blessing us with the gift of great heavy rock & f#/!g roll!   -Tony @ The Dedicated Rocker Society
Posted by Dedicated Rocker Society at 8:42 AM No comments: 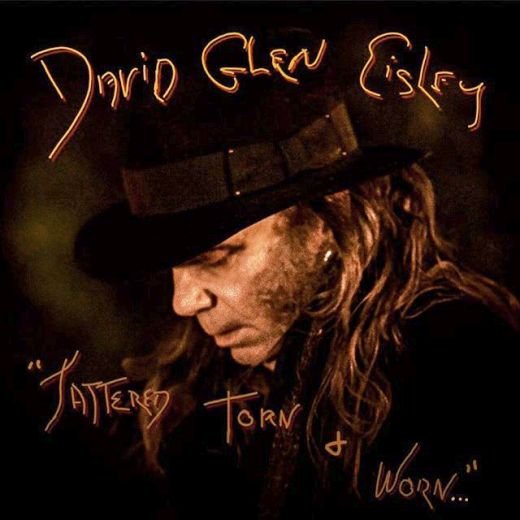 Ex Giuffria, Dirty White Boy, Murder's Row frontman David Glen Eisley, is back with his latest release, 'Tattered, Torn and Worn'. Along with guitarist Paul Clem Calder. Creating
a set of fourteen strong tracks that will remind many of Eisley's work with Guiffria, but with more swagger and attitude. This is hard rock at its finest and still has the commercial melodic and harmonic appeal that one expects from a superbly crafted rock record. This album is 100% prime rock music without any filler and is sure to please even the most discriminating rock music palates. Some stuff on this album will make the hair on your neck stand up. Hard, heavy and soulful, often at the same time, and I'm not sure his voice has ever sounded better on record. "Y.M.I. (At All)" is the album opener which kicks things off with Eisley's masculine and convincing vocals combined with Paul Clem Calder's adrenaline pumping guitars. Setting up what is to come with favorites for me, "Ain't No Turning Back (Floatin' In The Flood)", "Hard To Lose", "The Storm Will Come Risin'", "1964", "Devils And Diamonds" and the album's title track these are the real aces in the pack for me! 'Tattered, Torn And Worn' is one of the best, if not the finest, solo album David Glen Eisley has put out. Lyrically, musically, production, all are tight as a glove. While it might well be his finest work to date, it still retains his trademark, allowing his musical diversity to shine through. With a cohesion and flow and it promises to be a contender for 'Album of the Year'.   -Tony @ The Dedicated Rocker Society
Posted by Dedicated Rocker Society at 2:09 AM 3 comments: 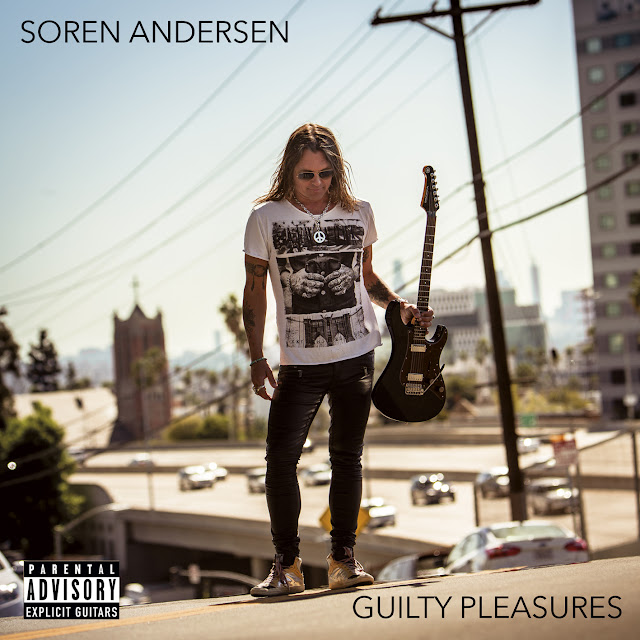 Any one that love's music needs to listen to Soren Andersen. His latest effort, "Guilty Pleasures", is the type of recording that you put on when you just want to cruise in the rock mood and don't want singing. According to Soren, “This kind of album has been a dream of mine since I sat in math class and drew pictures of Marshall stacks in my school books when I was 14-15 years old." Well folks his dream becomes reality and explodes with an instrumental guitar album that will simply blow you away.  Having been a fan of Soren's work with Glenn Hughes and in Electric Guitars, I was excited to hear what He would bring to the table with an instrumental album. He delivered the goods and does not disappoint. He cuts it through out the album magnificently with a display of amazing guitar work. Managing to create an album which is fresh, powerful and varied. Instead of sticking to one approach for every song the way Yngwie or MacAlpine did, Soren plays each song as an individual piece of music with its own vibe, message and unique quality. He shows a great deal of restraint, tying his songs together with strong, well-constructed melodies and riffs that can be soloed over or improvised on to create a fluid, progressive piece of music. Every song on this album is a winner, and what makes them work so well together is their differences of style but consistency of quality. Personal favorites include, the lead off single, "City Of Angels", "Agent Wells", "Skybar", "Bad Weather", "Bird Feeder", "1983" and the album closing, "Bipolar.  No track is alike or could be mistaken for another, but they are all incredible in their own way. If you play guitar, you should check this album out. If you don't play guitar, you should check it out. It is a fine example of Soren Andersen's sheer talent. Think of Satriani and Vai, rolled up into one tight package of raw shredding talent, and you'll have an idea of what you're in for with, Soren Andersen's "Guilty Pleasures".  -Tony @ The Dedicated Rocker Society

Posted by Dedicated Rocker Society at 12:37 AM No comments: