Q AND A with BIG CITY from Norway

Norwegian BIG CITY is a new melodic heavy metal band, but the members behind have tons of years and experience in the music industry. Guitarist, Daniel Olaisen, had considered a 80’s heavy metal band for ages and finally put some of his ideas together early in 2009. He contacted former band colleague in the band Scariot, Frank Ørland, also on guitar, to do some shredding leads but also contributing with riffs. A tip from a friend led us to Le’Brandt and his amazing vocals.y

He totally liked the demo songs Daniel and Frank recorded in Daniel’s home studio and soon put on some vocals inspiring us even more to get this band going. Daniel searched some forums and got in contact with this young and talented drummer, Frank Nordeng Røe. He was professional and dedicated from the very beginning. Geir Inge Olsen completed the band when he joined in on bass guitar. The band's debut album, Wintersleep, was recorded and released by the band in August 2013.

The band's highly anticipated sophomore release, 'Big City Life', is set for release later this year. So, what can we expect from the band this time around? We asked the band a few questions about the new album and couple other things. Here's what they shared with us. 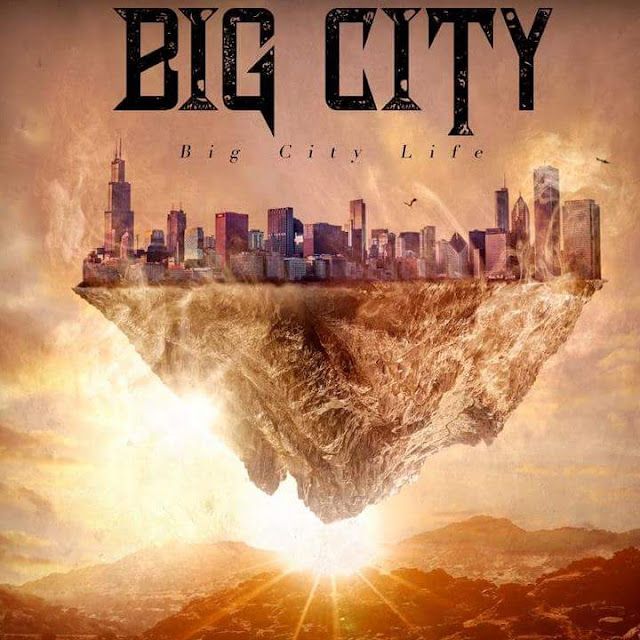 Q: What can your fans expect from the new album?

A: Pretty much a big step further in every positive direction. There's not a bad song on this album and it has powerful ballads, mellow ballads, heavy and groovy stuff and some up-tempo songs!

Q: What was your musical approach to, ‘Big City Life’? How does it differ from, ‘Winter Sleep’?

A: First of all, the production is much better this time. The songs on Wintersleep are great, no question about it, but I think it's even more catchy on Big City Life with some songs having a great potential to reach out there. The singer has also stepped everything up and it just sound like a really big 80's heavy rock album!

Q: Do you plan to do shows this Summer to promote the new album? What are the chances on coming to America?

A: Yeah, we are doing our first live shows with Big City and we have several shows and festivals, but the biggest one is this summer with major acts like Accept, Staus Quo etc, so it's a great start for us. I think we need to play quite much here in Europe and make a name before we can even consider the US. I don't know 80's rock/metal is doing in the US, but we are definitely ready to put that undying genre on the map again in US too!

Q: Speaking of America. What do you think it will take for you to get noticed here?

A: Oh, that one is hard. I mean, with this jungle of bands out there and Big City being nothing super original or crazy stuff, I just think we have to continue making great songs, get aired a lot and maybe one day someone wants to bring us over. Anything is possible!

Q: For those new to Big City, how would your describe your band and sound?

A: It's extremely melodic. Great lead guitars and most importantly, an excellent singer making catchy hooklines and BIG choruses. Very 80's heavy metal/rock, but with a modern and original twist to it!

Guys, thank you for taking the time to answer our questions.

Posted by Dedicated Rocker Society at 9:20 AM No comments:

CD REVIEW: OUT OF THE SILENCE II by Dare 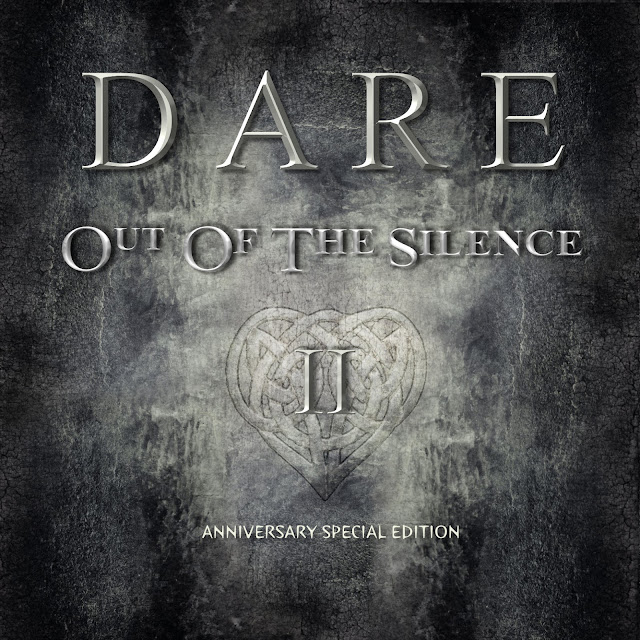 OUT OF THE SILENCE II by Dare
(Legal Records)

Considered as essential album by fans of the melodic rock genre, Dare's 1988 debut, ‘Out Of The Silence’ that was recorded at Joni Mitchell’s Bel Air Studio in Los Angeles, and produced by producer Mike Shipley is still widely regarded today as one of the all time great AOR recordings. Fast forward to present day. A new chapter in the history for Dare comes in the form of a 30 year Anniversary with a Special Edition re-release of their debut classic album ‘Out Of The Silence’. 'Out Of The Silence II' has been completely re-recorded. Featuring, Darren Wharton on vocals, original DARE guitarist Vinny Burns, along with 'Blood from Stone’s' Nigel Clutterbuck on bass, and Marc Roberts on live Keys and Kev Whitehead on drums,  Dare’s lineup is stronger than ever. What can I say? This is a master stroke on Darren Wharton's part in giving Dare and AOR fans a stronger and heavier version of the original. Listening to the reworked versions of, my personal favorites like, "Abandon", "Into The Fire", "Runaway", "King Of Spades" and "Heartbreaker", brought back that euphoric feeling I had when I first heard them back in 1988. For me the production is greatly improved. There is a distinctly harder edge to both the guitars and the drums and Vinny Burns' guitar solos and runs are decidedly more eloquent and prominent than on the original. Overall, If you have the original version, listening to 'Out Of The Silence II', will be like welcoming a good friend you haven't heard from in awhile. Re-live the magic by one of the best melodic rock bands to ever evolve. A must for all DARE fans old and new. - Tony @ The Dedicated Rocker Society
Posted by Dedicated Rocker Society at 10:16 AM No comments: 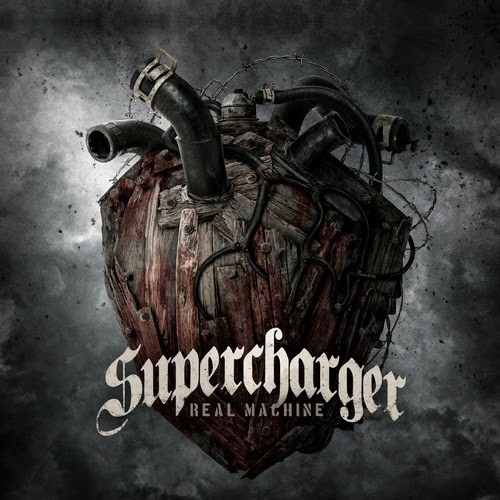 Another supercharged release by Copenhagen's Supercharger. This band just keeps pushing and pushing, they're music is consistent quality and most importantly they're unique sound is unlike any other band....its all they're own and on their latest release, 'Real Machine', the boys deliver the goods! Serving ten rocking tracks that are loaded with tons of attitude and swagger. The band is comprised of, Linc Van Johnson (Vocal), Thomas Buchwald (Lead guitar), Karsten Dines Johansen (Bass), Ronni Clasen (Keys,Harp,Guitar,Perc.) and Benjamin Funk (Drums). From the opening adrenaline pumping, "Off We Go" to rocking tracks like, "Shake It Up", "The Ride", "Another One To Die" and the album closing, "Forsaken Sin" this new album doesn't let up one bit. This album doesn't have one bad track. 'Real Machine' signifies a level of maturity for Supercharger whereby they aren't worried about producing rock music that appeals to more than just fans of rock music - I sincerely hope so as this is a band and album of quality that deserves wider exposure and audience. If you've never listened to Supercharger before, this is the album to start with. - Tony @ The Dedicated Rocker Society
Posted by Dedicated Rocker Society at 9:26 PM No comments: